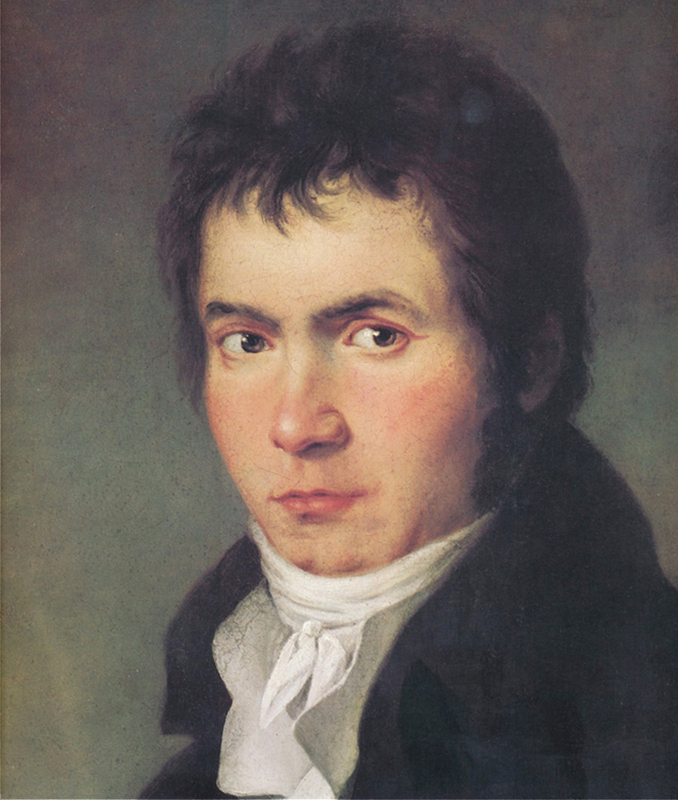 T he name and art of Beethoven were known early by the members of the German-born Brunszvik family who made their home in Martonvásár in the mid-1700s. The wife of Count Antal Brunszvik Jr., Baroness Anna Seeberg was a subscriber to the Piano Trio (op. 1) of the young composer in 1795 and their personal acquaintance began in May 1799. Anna Seeberg travelled to Vienna with her two daughters, the 24-year-old Teresa and 21-year-old Josephine to take piano lessons and, of course, find a suitable husband for the girls. They visited Beethoven and got him to give the girls piano lessons. The Maestro taught them for 16 days and recorded the score of the poem ‘I Think about You’ in the memorial album of the two Brunsvick Countesses. 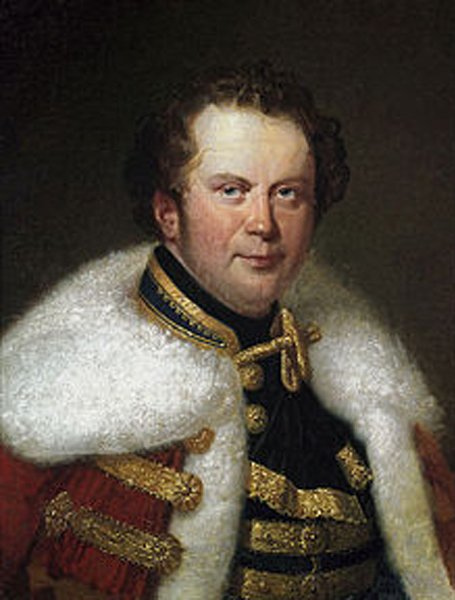 B eethoven became acquainted with Ferenc, their brother, through the girls, who became his friend and patron. Ferenc invited the Maestro to Buda to give a concert together with the horn artist Punto at the Castle Theatre in honour of Alexandra Pavlovna. That was the first time Beethoven visited Martonvásár. Later in August 1806, he finished the Op. 57 Appassionata in Martonvásár, and dedicated it to Ferenc, just as the Fantasia for Piano Op. 77 in 1809. Ferenc Brunszvik had good relations in theatre circles, so he was probably the one to get Beethoven to compose music for Kotzebue’s pieces: King Stephen and Ruins of Athens, which Beethoven dedicated to the Hungarians. On 9 February 1812, at the opening ceremony of the German Theatre in Pest, the performance of the two pieces was a sweeping success. Their relationship remained close until the Maestro’s death. 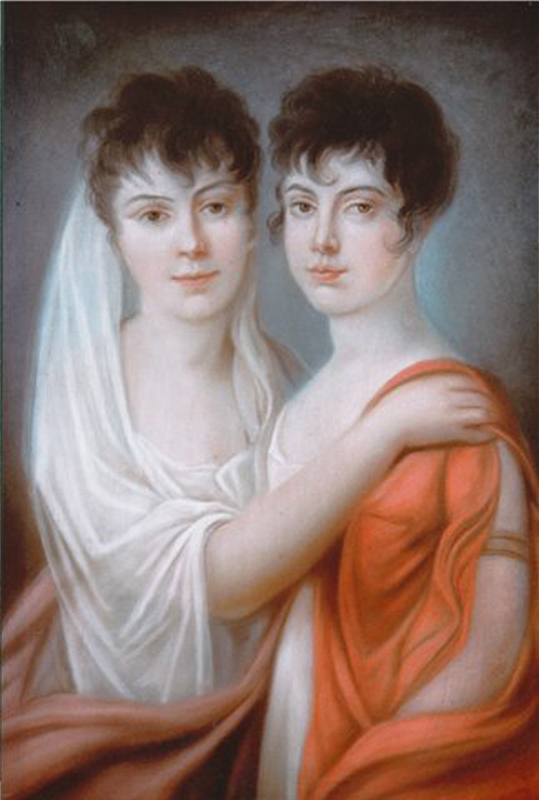 T he oldest Brunszvik girl, Theresa was in correspondence with Beethoven. He greatly appreciated her education, delightful spirit and sacrificial work for the public, which was manifested, among other things, in the establishment of the first Hungarian ‘Angel Gardens’ and the financing of their operation. He honoured Theresa as a great pianist and for introducing his pieces in Hungary. The Maestro dedicated the Piano Sonata No. 78 in F sharp major to Theresa. From the outset, Beethoven gave special attention to Josephine. But the younger Brunswick girl married to Count Joseph Deym in 1800. She lived in Vienna most of the time, and Beethoven was a frequent guest in their salon. In 1804, Josephine became widowed with four children then in 1810 she married to the Estonian Baron Kristóf Stackelberg. The news of their marriage made Beethoven mournful. Josephine had a sad fate, even though she gave birth to three daughters in her new marriage, her husband left her and she died at the age of 42 due to nervous fever.

The third girl, Caroline also knew Beethoven, but she married to Count Imre Teleki at a very young age and lived the rest of her life in Hosszúfalva. Her first-born daughter, Blanka founded the first Hungarian boarding school for girls. After the fall of the 1848-49 Revolution and the War of Independence, the imperial court sentenced her to a 10-year imprisonment in a castle because of hiding outlaws and issuing ‘rebellious articles’. After years in Kufstein, she was taken to the fortress prison in Laibach, from where she was released with amnesty in 1857. She no longer returned to Hungary and died in Paris, and was buried there.

Although she was not called Brunszvik, Giulietta Guicciardi was a member of the family due to her mother, Susanna Brunszvik. Giulietta’s memory is preserved by the dedication of the piano sonata Op. 27 No. 2, better known as the ‘Moonlight Sonata’. 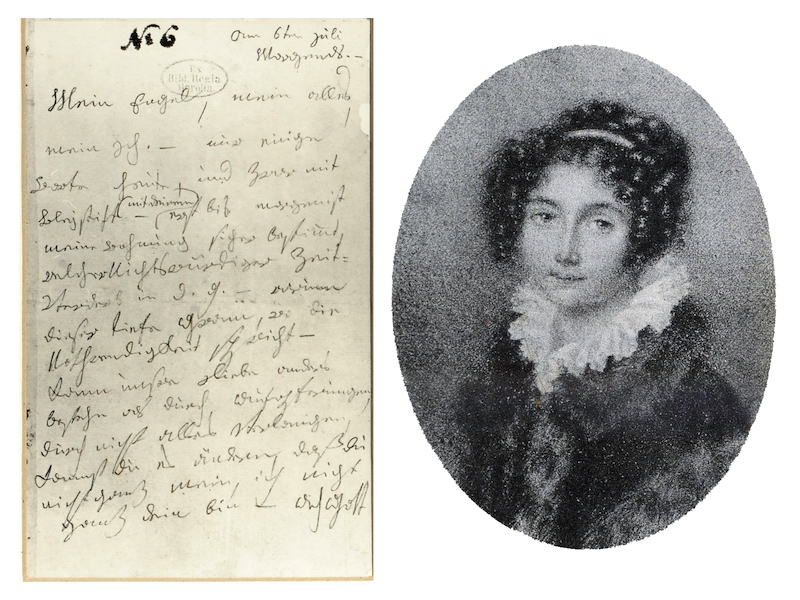 T he hot affection between Beethoven and Josephine flared up again when Count Deym died in 1804. Beethoven wrote 14 love letters to Josephine, to which he received a reply. This time he surprised Josephine with the song ‘An die Hoffnung (Op. 32)’. They met several times in person and not only in Vienna. However, they could not think of marriage because of their differences in property and rank. Their breakup in late 1807 or early 1808 was done in silence, by mutual agreement.
After Beethoven's death, a three-part letter without an addressee or date was found a hidden drawer, known as ‘the letter to the Immortal Beloved’. According to the results of research over the past 30 years, it was likely to be written by Beethoven to Josephine.